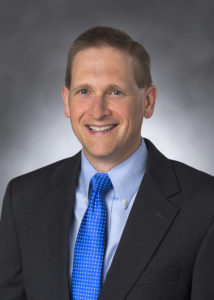 Hartford, Conn., Jan. 22, 2016 – The Phoenix Companies, Inc. (NYSE:PNX) (“Phoenix” or the “company’) today announced Bonnie J. Malley, chief financial officer, intends to leave the company upon completion of the previously announced merger with Nassau Reinsurance Group Holdings, L.P. (“Nassau”) to take a position with the City of Hartford, subject to approval by the City Council. Upon completion of the merger, which is expected in early 2016, the company intends to appoint Ernest McNeill Jr., currently senior vice president and chief accounting officer at Phoenix, as chief financial officer.

Phoenix and Nassau are actively working towards closing, and the transaction remains on track to close in early 2016. On December 17, 2015, stockholders of the Phoenix Companies, Inc. approved the adoption of the Agreement and Plan of Merger, dated as of September 28, 2015 among Phoenix, Davero Merger Sub Corp. and Nassau. In addition to Phoenix stockholder approval, the completion of the merger is subject to regulatory approvals and other closing conditions.

This communication contains “forward-looking statements” within the meaning of the Private Securities Litigation Reform Act of 1995 which represent the current expectations and beliefs of management of Phoenix concerning the proposed transaction involving Phoenix and Nassau and other future events and their potential effects on Phoenix. Such statements are based upon the current beliefs and expectations of Phoenix’s management, are not guarantees of future results and are subject to a significant number of risks and uncertainties. These forward-looking statements are inherently subject to significant business, economic and competitive uncertainties and contingencies and risk relating to the transaction, many of which are beyond Phoenix’s control.

All Nassau Re News